The Latest Update on Our Move to Richmond

Posted on May 15, 2014 by angelaweight
Lately I’ve been getting that “you’re still here?” question a lot from people around town and local law enforcement. So, maybe it’s time to give another update on our move to Richmond.
We sold our house. The closing date is June 16th. 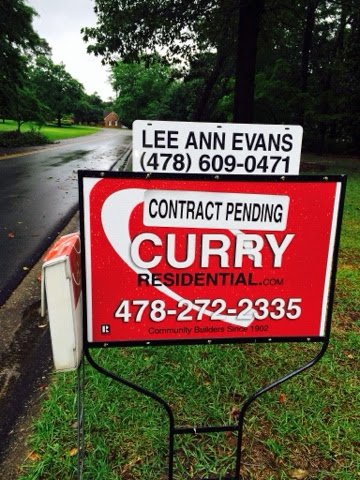 Knowing that we’ll be vacating the property in just over a month has removed even my most microscopic desire to keep it clean. Yesterday, I stopped at my friend Rachel’s house to find her mopping. I thought “Gosh, I need to do that!” But why would I? I mean, we’re moving and it just seems like wasted effort. Like eating sensibly when you’re pregnant. What’s the point?
The orange juice that Jack spilled in the kitchen last week has turned a shade of rusty brown. Random tufts of cat hair keep getting stuck in it. In a few more days, we’ll have our own DIY splash-shaped tabby rug.
And I’ll be posting that on Pinterest.
James and I spent last week shopping for a home in the Richmond area.
In “RVA” as locals call it, things are set up differently. The city of Richmond has no county surrounding it or even attached to it. It’s its own independent kingdom, or whatever. In surrounding counties like Hanover, Henrico and Chesterfield, there are dots on the map that a reasonably intelligent outsider would assume are cities (or towns) but they’re NOT. They’re “areas.” The only city is Richmond, and locals get pretty defensive about that.
ME: “So does Midlothian have a cute little downtown?”
ROGER (our realtor): “No, Midlothian isn’t a town. There are no towns or downtowns except for Richmond.”
ME: “How do you know when you’re in Midlothian or just in Chesterfield County? How does mail delivery work? If someone wrote me a letter and I lived outside of Richmond, what would they write before VA and the zipcode?”
ROGER: “Well, you can say you’re in Midlothian. Just don’t call it a town. Richmond is the only one of those. And people don’t write letters like they used to. So I wouldn’t worry about it.”
ME: “So the dot on the map next to the word Midlothian isn’t a town?”
ROGER (shushing me, as if Richmond might hear my question and get mad.): “It’s an area.”
At that point, Roger offered me a box of crayons and a coloring book and began directing all communication toward James exclusively.
I can’t help but think that Richmond’s ego must be terribly fragile to need all this  preferential treatment. I blame its parents. But when you consider that Virginia calls itself a “commonwealth,” not a state, it makes sense…in a “this doesn’t make sense at all” sort of way.
After looking at 31 properties, we narrowed it down to our two favorites.
2012 Runningbrook was a lower priced fixer upper I quickly named “the double-murder house.”

JAMES:  “I wish you’d quit calling it that!”
ME: “Well why else would it be $60,000 less than the others and sit on the market for 173 days?”
JAMES: “So you zoom right past structural damage and water leaks and assume a double murder happened there?”
ME: “It’s beautiful on the outside and in a great neighborhood. If this was your average fixer-upper, it would’ve sold last year.”
JAMES: “Well, it’s a great deal. Let’s make an offer.”
ME (horrified): “You mean to tell me that you’d be okay living in a home where a double murder was committed?”
JAMES: “Well, it’s not like the bodies are still in there. And as long as it wasn’t anyone we knew, I’d be fine with it.”
ME (shaking my head): “We should’ve had the all-important “could-you-live-in-a-house-where-a-murder-happened” conversation before getting married. I feel like I don’t even know you anymore.”
None of that mattered anyway, because we learned that an offer had been accepted on the place earlier that morning. I’m pretty sure we dodged a bullet….and that I’ll be seeing 2012 Runningbrook again on the Investigation Discovery channel.
Our second favorite was 13911 Beechwood Point Circle. I’m pretty sure no one died in it. We made an offer and the people accepted. It’s in a “community” (and I use that term loosely so not to offend Richmond), called Woodlake, bordering on the Swift Creek Reservoir. 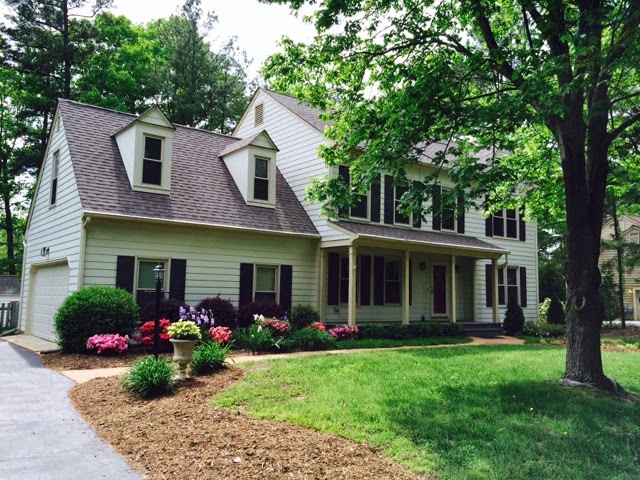 Click here to see more pics.
The closing date is June 17th, but Andrew, Jack and I will stick around an extra month until Little League All-Stars ends. We’ll probably be staying in Wrightsville with my mom, which will give me an unlimited supply of things to blog about.
Time to get busy not cleaning now. I’ll write more as we get closer to moving.

Like Loading...
This entry was posted in Chesterfield, Investigation Discovery, Midlothian, Moving to Richmond, RVA, Swift Creek Reservoir, VA, Why is Virginia a commonwealth, Woodlake. Bookmark the permalink.

8 Responses to The Latest Update on Our Move to Richmond