Days 4 and 5: Horseflies and Windstorms

Posted on June 11, 2014 by angelaweight
(All names below were mentioned with permission.)

The novelty of this beautiful wasteland is starting to wear off. We’re all exhausted, parched, sunburned and short-tempered. At least I am.

The kids have created a popular downtime activity, a game called “who’s ashy?” Technically, it’s gambling, but with travel-sized lotions. The person who most resembles a reptile and comes closest to 21 with three cards wins. Players with cracked lips and windburn get extra points. It’s very competitive.
From this experience, I now understand why senior citizen Indians have skin that looks like wadded up tinfoil.
If I should tragically die this week in a VBS accident, I’ll donate my epidermis to Dudley Baptist Church. They can make and sell Angela-skin wallets to support missions. (Don’t laugh! VBS casualties are more common than you might think. At tonight’s service, three kids got concussions from the violent hand motions in the song “I’m in the Lord’s Army.”)
As happens in most large group trips around day four, people are starting to get sick. Brother Jim, Connie, Desiree and Jonquil contracted “Running Cloud’s Revenge” aka stomach flu. Beth Anne lost a little over seven pints of blood due to flash flood nosebleeds, Ellie developed a mysterious case of black-foot and Ryan probably has Tourrettes, which makes playing charades with him extra challenging. However it’s still not as insane as playing SkipBo with Evan, who claims to be normal. 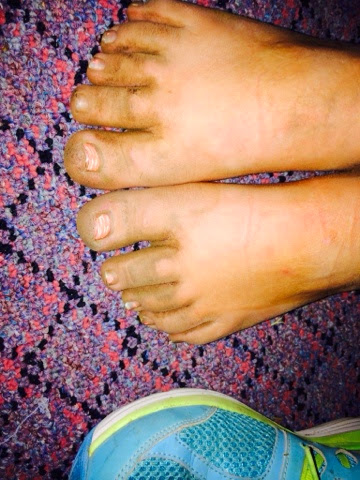 Today, we began restoring the town of Thoreau baseball field, which had lain* in vandalized disrepair for many years. Until this afternoon, it was covered in the sagebrush and cactus, with real live tumbleweeds rolling across it.
As we stood staring, overwhelmed, trying to discern where home plate might once have been, I half expected Snoopy’s desert brother Spike to come ambling up, hayseed in mouth. The wind, however, did come up in a fury, blowing sand all around. I’ve never seen anything like it. 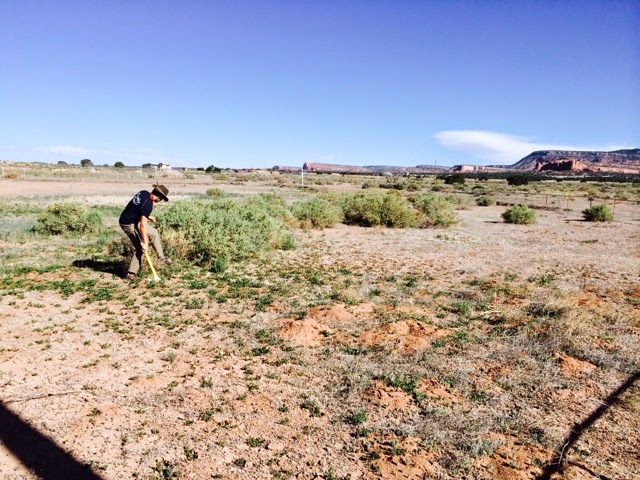 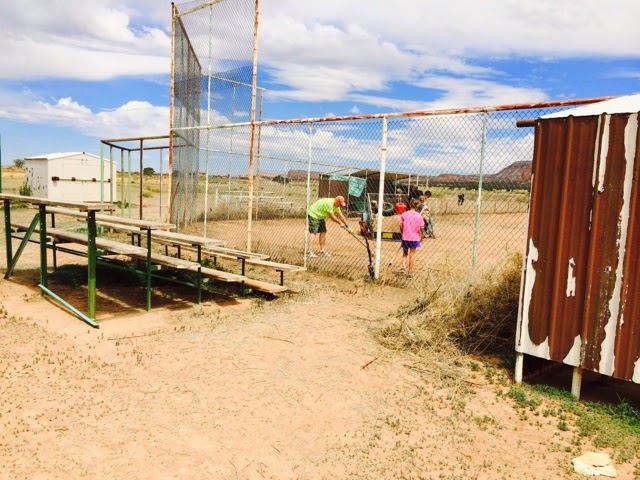 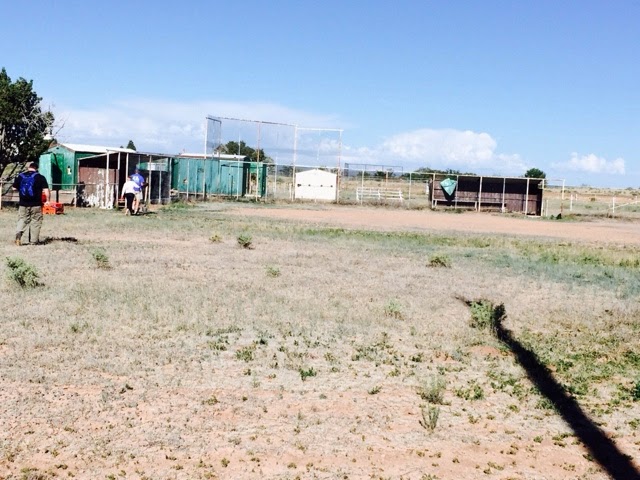 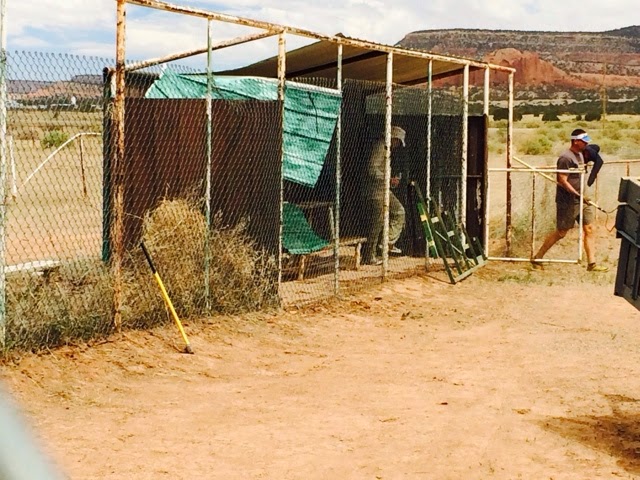 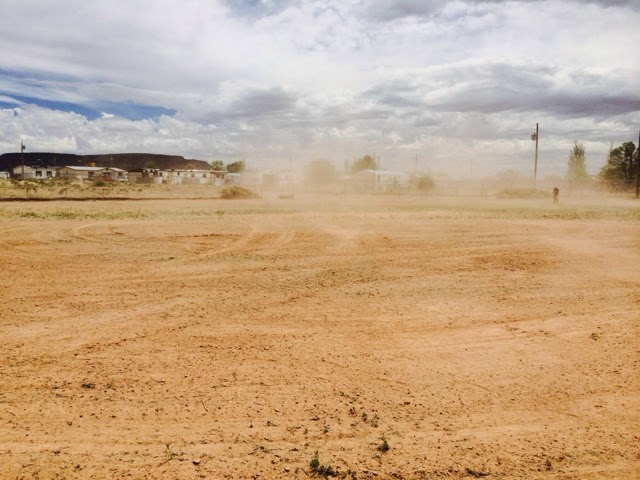 I volunteered on the baseball field project because I love baseball, the game, the kids and the community of families that support it. And because one of the moms at VBS probably filed a restraining order against me. (It’s a long story, but the moral is “get a person’s permission before jack slapping them to kill a horsefly that’s about to bite them.” You’d think she would’ve been thankful! It was simply bad luck that I happened to be holding a box cutter for our kids’ craft…and that she happened to be a hemophiliac. The good news is that I killed the fly.) 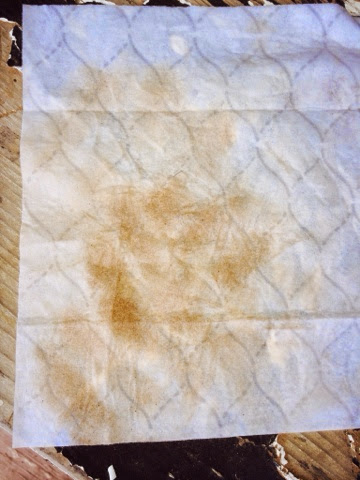 This came off my face today.

It’s late now. Breanna is crashed on the couch, hoping to visit Mount Rushmore or the Sphinx tomorrow. After fighting 50 mph winds and vicious, barbed tumbleweeds all day, I’ll be happy to visit that box spring I’ve been calling a bed all week. 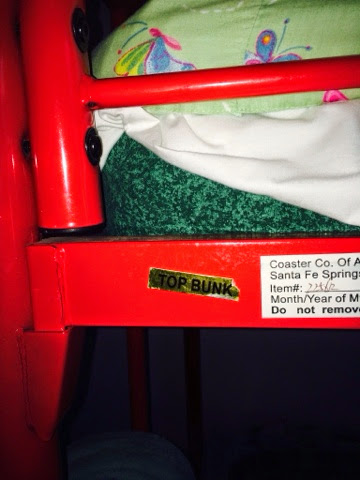 I love the sticker on Bre’s bunk. Some things should be self explanatory.

1 Response to Days 4 and 5: Horseflies and Windstorms