The Weights Got a Wabbit (an orphaned, wild cottontail) 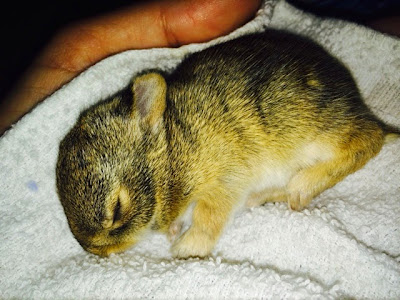 This is George, our newest pet….I guess. I don’t ever recall thinking “gosh, I sure would like to adopt a bunny. An orphaned wild cottontail that can’t eat or use the bathroom on its own would be ideal.” Nope, that never occurred to me.

Yet, here I sit, pinned to the couch by three ounces of adorable helplessness that I dare not disturb by trying to move.
It’s the same story you’ve heard a million times.
Boy meets girl. Boy falls in love with girl. Boy loses girl.
Wait. Not that story. Let’s try again.
Gal is disgusted with herself for wasting too much time on Candy Crush. So she decides to take a walk. Her mom’s severely overweight yellow lab tags along behind her, loping like an obese, blond rhinoceros. Several times, the gal has to wait for lagging, unintelligent rhino to catch up. Otherwise it will get hit by a car, thus totaling the vehicle.
About a thousand feet into the walk, rhino appears from tall grass, carrying bite-sized furry morsel in her mouth. Gal examines morsel, discovering long ears, cotton tail and eyes that haven’t opened yet. Gal wishes she’d never gotten off Candy Crush, that she’d left rhino in the house, that she could un-see furry morsel and go about her merry way, oblivious to stranded, helpless woodland creature. 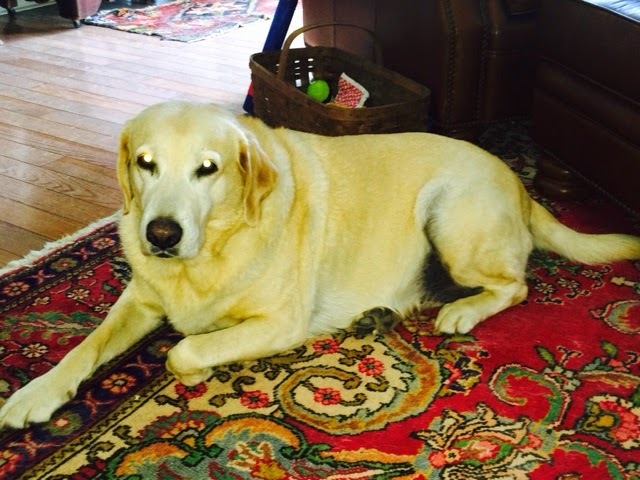 (See, haven’t you heard this same scenario a million times? Maybe the characters are different and the bunny is a wombat or a mongoose. But the ending is always the same: a deceased animal, a thousand dollar vet bill and two broken hearted children who silently vow to never love a rabbit again.) 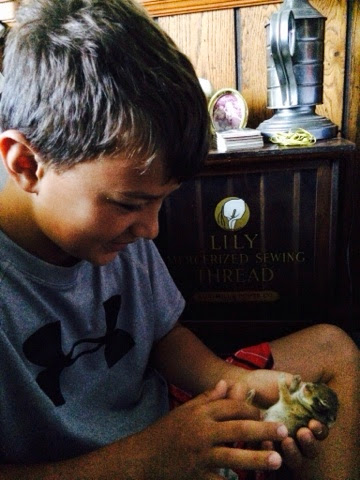 Yeah, I know what you’re thinking. “She took the rabbit away from its mom, interfered with nature. Blah, blah, blah.”
I looked for a nest of siblings. I DID! In fact, after reading a dozen articles on the matter, I took him back to the close vicinity and left him overnight. The next morning, George (named in honor of Looney Toons’ abominable snowman’s “own little bunny rabbit.”) was still lying where I left him, with no signs of a mom or an aunt or even a third cousin. 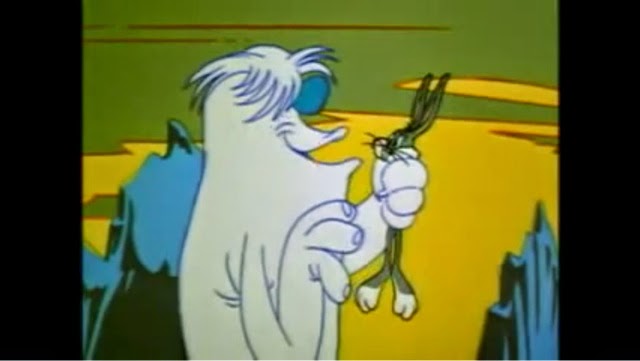 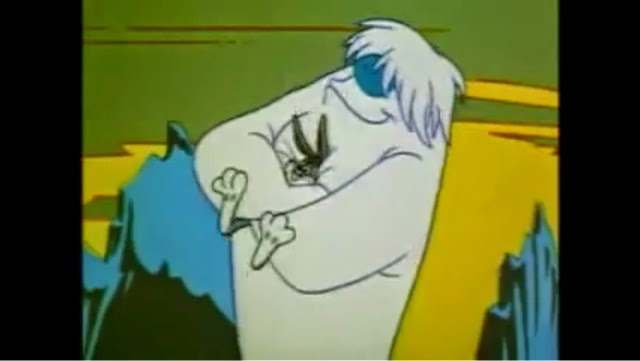 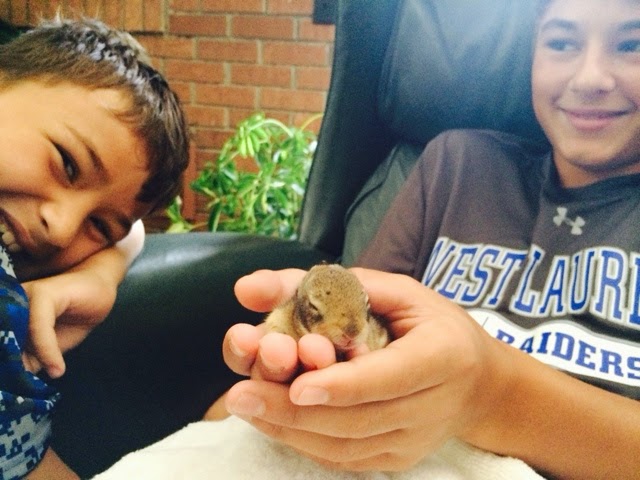 But, I guess no one shared those odds with George. It’s now day three and he appears to be thriving, hopping around next to me as I type. I’ve been feeding him kitten formula with an eye dropper and stroking him with a warm cloth to simulate his mom bathing him. He wants to be held ALL THE TIME. So I oblige. 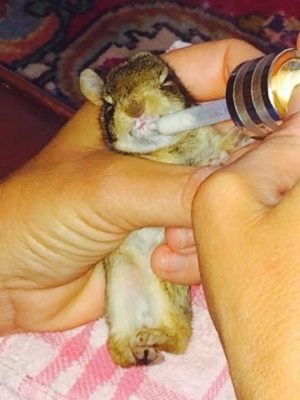 In a few days, we’ll return to Virginia. My dogs and cats will excitedly welcome us home, asking “what’d you bring us?” 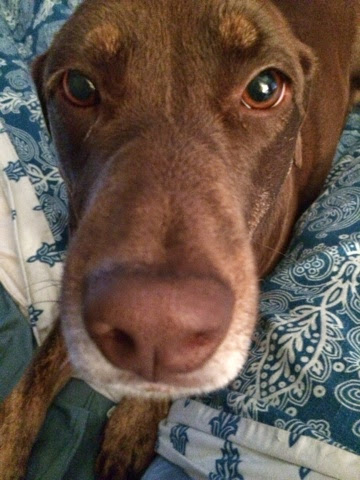 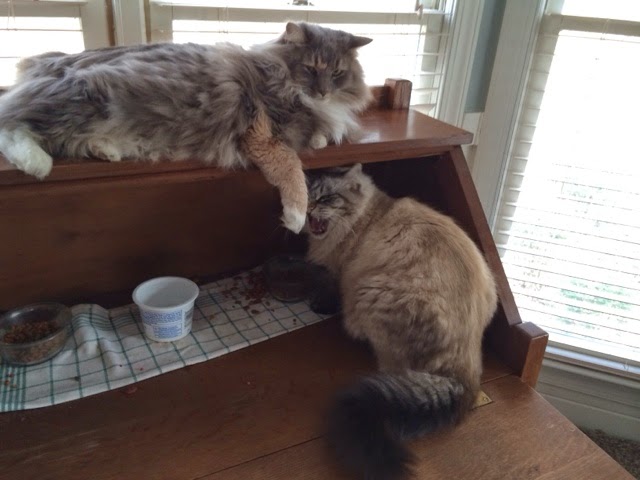 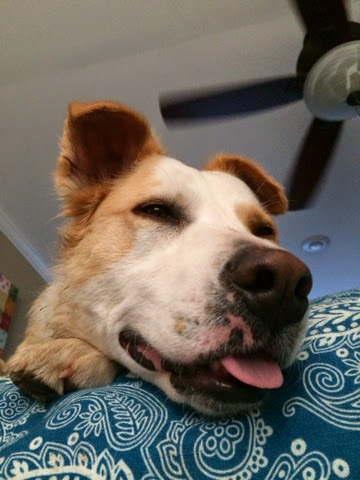 What will I do with George then? Do you have any suggestions? I’d love to hear them. 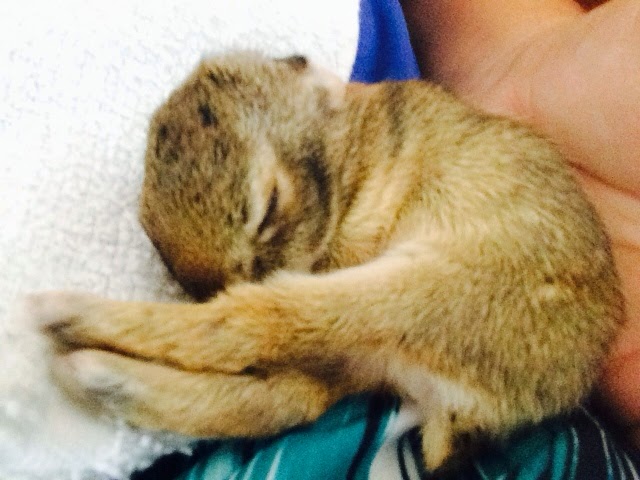 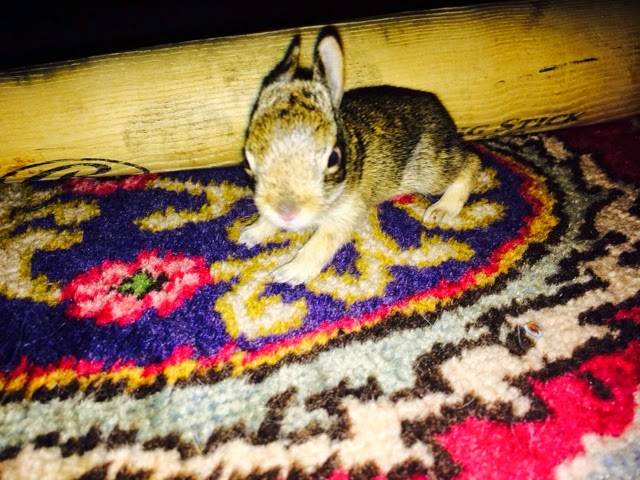 I think he likes baseball.

11 Responses to The Weights Got a Wabbit (an orphaned, wild cottontail)