Happy Birthday, Jack Weight…and why the Denver airport will always be special to us. 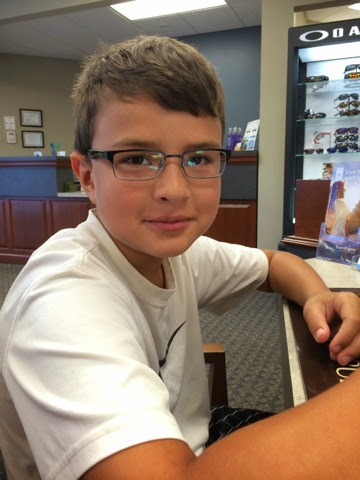 My son Jack turns nine today at 5:03 pm. He was actually born at 2:03. But that was in Walnut Creek, CA. Having to wait those extra three hours for an age change is one of the downsides of escaping San Francisco’s ludicrously high cost of living.

JACK: “I think we should have a Hammer style dance contest for my birthday festival.”
ME: “it’s now a festival?”
He’s always been a tad grandiose, but original. I’m glad we have him. He makes me smile at least 27 times a day. And I’m still in disbelief at how normal he and his brother seem to be turning out despite my own messed-up-edness. 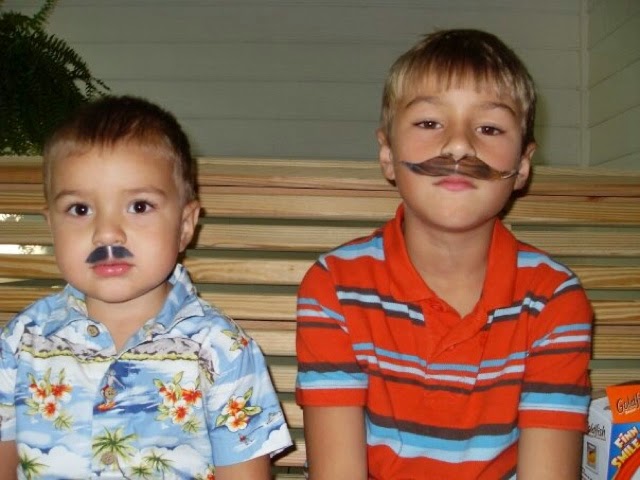 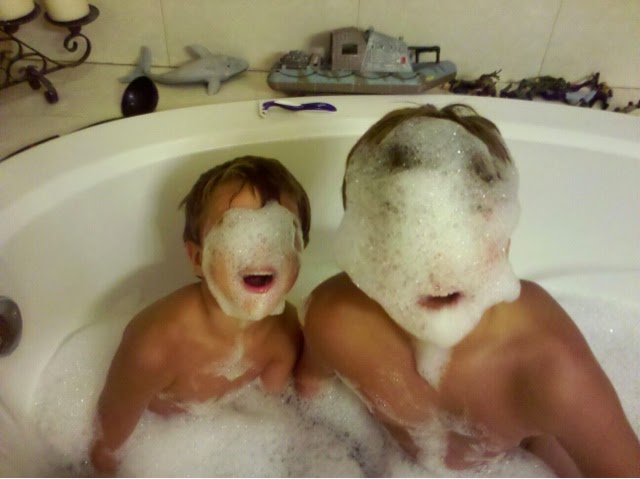 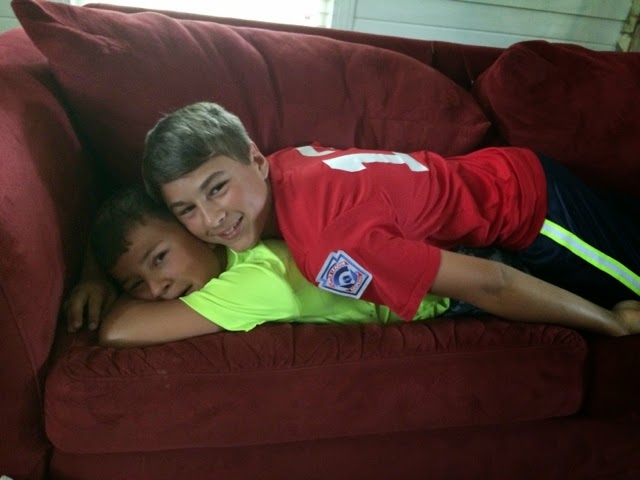 In fact, the primary reason that Jack exists is because I was terrified that I’d be a complete failure as a parent. And if Andrew had a sibling to share his misery with, he’d be less likely to become a serial killer.* 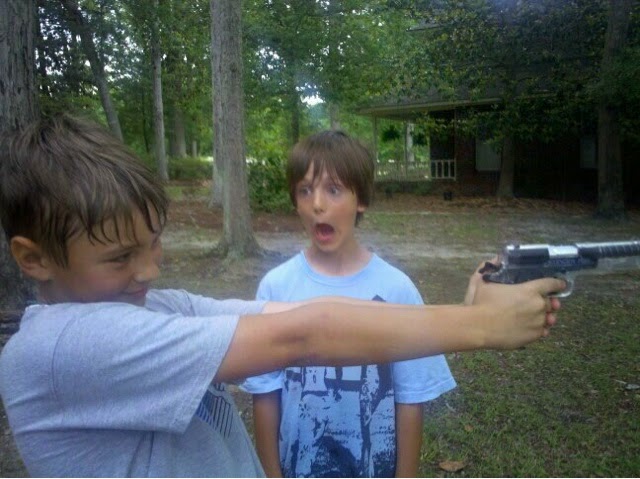 My husband James already had three precious, but much older daughters, plus our older son Andrew. Outside of income tax purposes, he didn’t see the need to add to the collection.
But I couldn’t shake the preoccupation of my own childhood loneliness and depression being passed down to Andrew.** And in my unreasonable mind, only a sibling could fix that, or at least give Andrew someone to eat Christmas dinner with and argue about whose turn it was to visit me in prison.
James and I fought about having another baby at least once a week, sometimes more depending on the lunar cycle. I nagged. He ignored. I cried and begged. He drank. It went on for nearly two years. 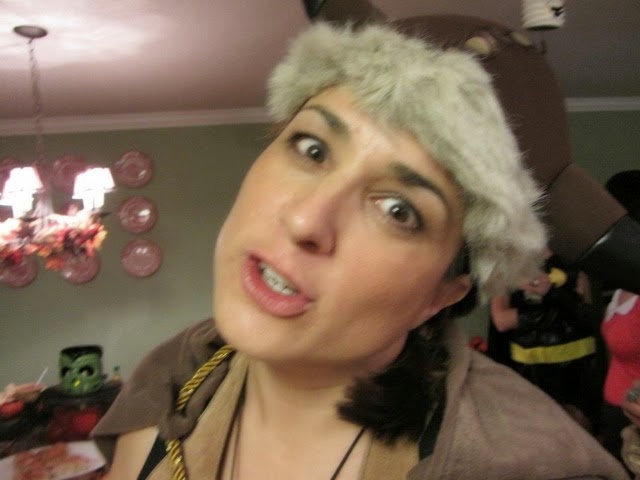 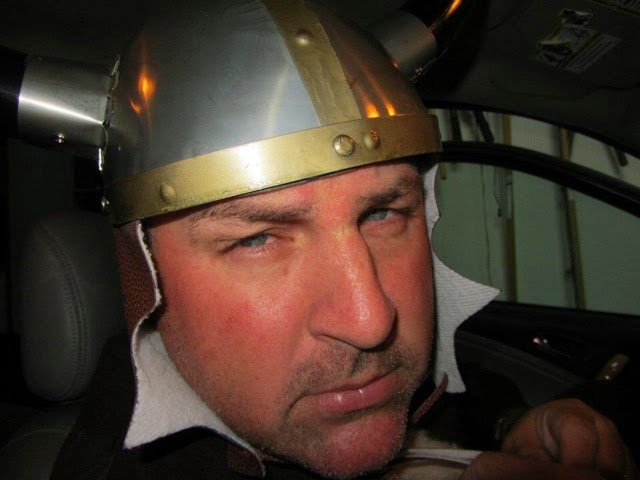 Returning from a vacation to Mount Rushmore, my neurosis finally won the battle.
(this sentence makes it sound like only my neurosis was on vacation. That’d be cool if you could send your character defects away for a while. I’d be more than happy to pack its bags, buy the ticket and drive it to the airport.)
Anyway, if you’ve ever been to the Denver airport, you know that it’s an excruciatingly long marathon of moving walkways. One after another, after another, after another, until two years have passed and you’ve slowly walked to Jupiter and back.
It was on walkway number 47 that I craftily introduced the baby subject once again. Unable to escape from between his insufferable wife and a Branson, Missouri bound couple who were wider than they were tall, James finally snapped. 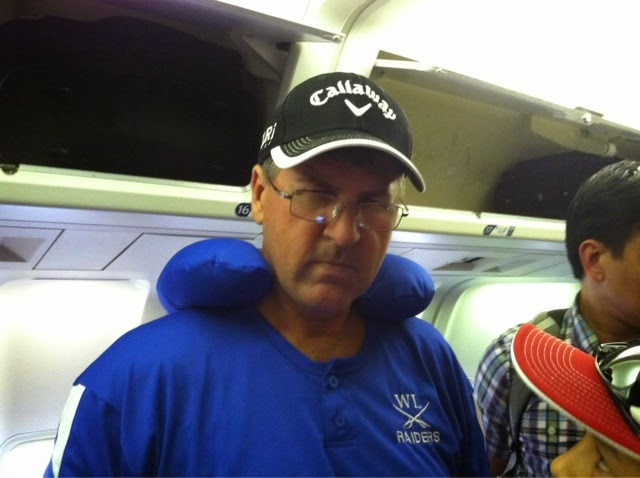 ME: (sounding like an addict in need of a fix.) “Honey, Andrew just can’t be an only child.*** Please, just one more. Just ONE.”
I didn’t expect James to answer. He never did. Even today he rarely does.
I was wrong.
JAMES: (in a booming voice that shook the entire airport, the planes in midair and probably the city of Denver.) 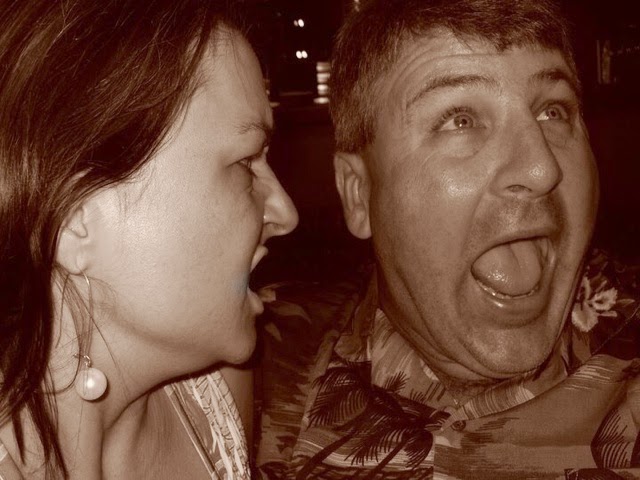 “YOU WANT ANOTHER KID, FINE!!!!! YOU CAN HAVE ANOTHER KID. NOW DON’T SAY ANYTHING ELSE!! ….EVER!!!!”
A post-earthquake silence hung in the air.
“thank you.” I croaked in my smallest voice.****
The Branson bound couple put down their buffet guides and looked at us for a long second, not sure whether to offer congratulations or put in an advance call to DFACS.
This story has a happy ending…. or a happy “so far.” James didn’t yell anymore and warmed up to the idea of another baby. He started referring to Jack as his protege even while he was still in utero. 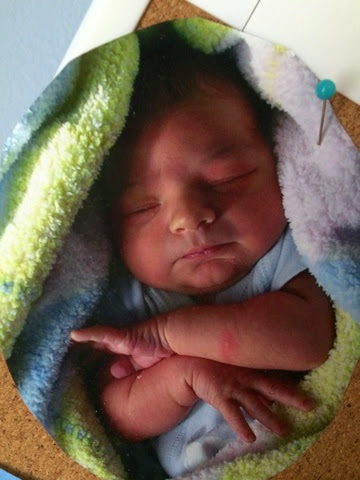 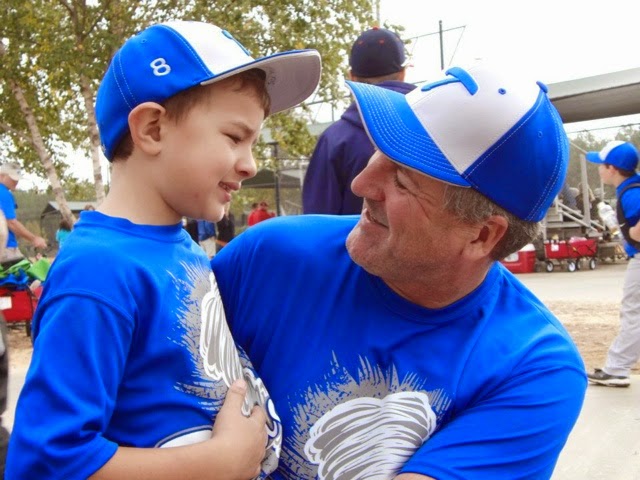 My kids don’t seem to have any of the problems I had growing up. They’re confident, light-hearted and not in the least bit socially awkward. As a person diagnosed with clinical depression at age 10, I’m so humbly grateful that they’re not following in my footsteps. 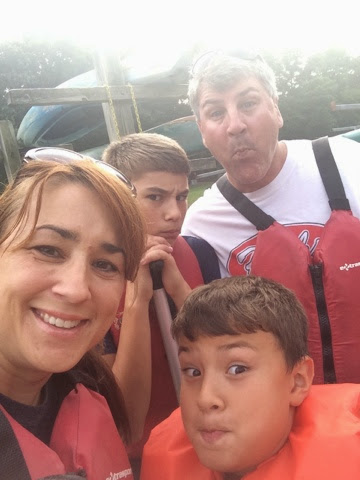 And Happy Birthday, Jack Weight. Funny how no one ever just calls him Jack. It’s always Jack Weight…sure is great. Hey, that rhymed.
*If Dexter Morgan and his brother Brian had been raised together, they’d have turned out to be perfectly normal fathers of four with regular jobs that didn’t involve blood spatters and prosthetic limb construction. Darn you, Harry, for ruining that. (From the Showtime series Dexter.)
**Even though I had siblings. Go figure.
***Having siblings or not having siblings isn’t a good indicator of emotional well-being.
****No, Jack was not conceived at the Denver airport. Dallas-Fort Worth is much more romantic.

Like Loading...
This entry was posted in Uncategorized and tagged denver airport, dexter, having a second child, MO, mount rushmore, neurosis, satire, Where to stay in Branson, Woodlake. Bookmark the permalink.

7 Responses to Happy Birthday, Jack Weight…and why the Denver airport will always be special to us.