Posted on September 2, 2014 by angelaweight
Today is the first day of eighth grade for Andrew and third grade for Jack. I’ve been preparing for weeks. Mainly by worrying about them. The schools up here are big and unfamiliar. There’s no one to watch out for my babies if they get lost or forget their lunch money.
I especially miss Dublin today. It fit us well, like a favorite pair of comfy sweats. Midlothian, by comparison, is a stiff, new pair of jeans I bought planning to lose five pounds. It’ll be great…one day.
At 6:22, I hear Andrew stirring around downstairs. By the time I stumble into the kitchen, 15 minutes later, he’s eaten breakfast, made his lunch and is installing new gutters on the outside of the house. I’ve never met a kid so naturally responsible. Where did he come from? 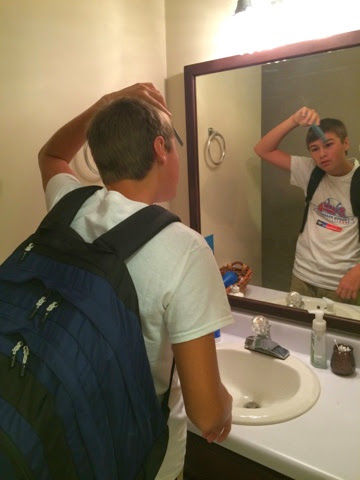 7:00 and Jack is still comatose. Not even a James and Katie wrestling match can rouse him. 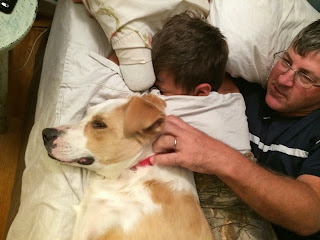 His first words are “I’m going to wear turquoise high socks pulled up to my knees just to embarrass Andrew.”
Usually upon waking, one might think about breakfast or using the bathroom. Jack, however, is mission focused. And every day that mission is to annoy his older brother. He has a full arsenal of physical and emotional tools for the job.
“One picture this year. That’s all you get,” Andrew warns as I click photos heedlessly. 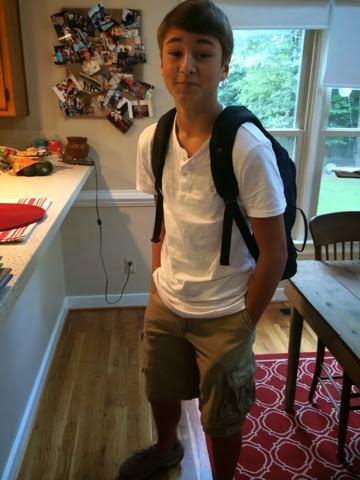 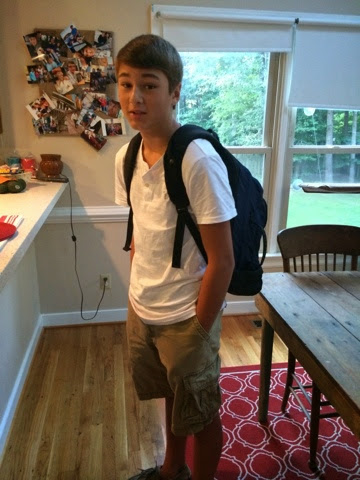 “I’ll take more at the bus stop,” I say.
“You’re not following me to the bus stop.”
“Of course I am! I’ll be going right past it walking Jack to school.”
Accepting the fact that he can’t avoid me altogether, Andrew counters with a verbal restraining order.
“Alright, but no hovering and DO NOT try to talk to me.”
I comply…sort of.
He didn’t say not to cry. And I didn’t plan to. But…. There’s nothing like exchanging pleasantries with other new moms …and suddenly, unexpectedly bursting into tears at the thought of your almost grown son, climbing the steps of a big strange bus to a big strange new school. Time is going too fast. Next week he’ll be living in another time zone, married to some hussy who wants to spend every holiday with her family.
Although I tried to pass it off as seasonal allergies, I’m pretty sure Jason’s mom mentally labeled me as “unstable with attachment issues.” 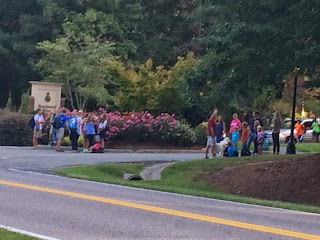 Jack’s school is just a ten minute walk from our house on the neighborhood trail heavily traveled by dogs that had chili for dinner last night. 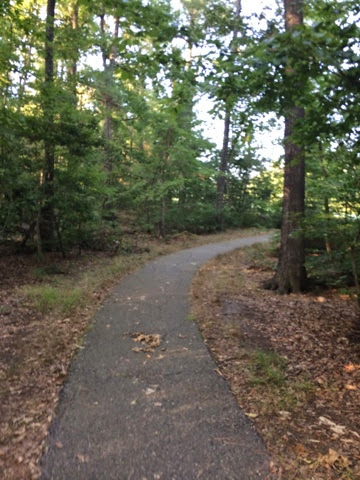 “It’d be bad if I walked into school with poo on my shoes,” said Jack laughing but sort of serious.
“And you tracked it through the whole school,” I added.
“Yeah, that’d make a great first impression.”
Outside Clover Hill Elementary, Jack and I stood alone among a hundred or so other parent-kid combos. It’s crazy how sometimes you can feel the loneliest when you’re completely surrounded by people. I was craving a familiar face from a Laurens County school: Mr. Locke and Tina at back car riders.Beth and Nita in the front office, my dear friend, Rachel, Jack’s teacher last year, who will undoubtedly cry when she reads this. (Sorry, Rachel.)
Everywhere I looked were new faces with names and details yet to be filled in. I teared up again, feeling overwhelmed and needy.
Jack, meanwhile, was passively inspecting one of the 58 zippers on his new backpack until he caught a glimpse of my face.
“Mom!!! Are you crying AGAIN? Oh my gosh, STOP IT! Just act normal!”
So I tried.
ME:  “I know, let’s play ‘first-day-of-school I Spy.’ Find a kid with new shoes.”
JACK: “All of them.”
ME:  “A kid with a cast on his arm.”
JACK: “the one standing right there.”
ME: “a kid who looks like they’d be annoying.”
JACK: “You, minus the kid part…. Can we just be quiet?”
ME: “Of course we can. That’s a great idea. Yeah, quiet is good.”
I was doing it again. That thing where I talk too much, using words like plaster to fill in the silent gaps. So we just sat on the recently painted white curb waiting for the doors to open. 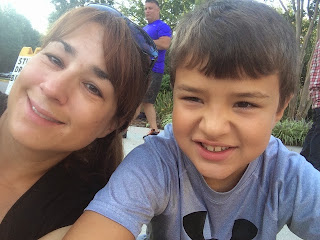 8:25 finally arrived and a herd of freshly scrubbed elementary schoolers along with their paparazzi parents stampeded the hallways.
“See ya, Mom,” Jack said casually, without concern…or a hug or a kiss.
“Uhm, bye, Honey. I love you,” I replied, still standing there hoping he’d turn around for a last wave, sort of like my dogs do when I leave the house.
Wanting to make a good impression on Mrs. Johnson, Jack’s teacher, I brought in lots of extra snacks, pens, pads and hand sanitizer, compliments of my last employer.  Heck, I even showered and put on makeup (which doesn’t always happen.) And I tried to say all the right things to make myself seem like a responsible “go-to” parent. It wasn’t until I returned home that James pointed out the powdery white ring emblazoned across my derriere. 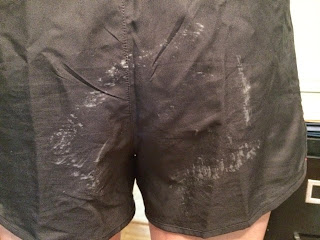 Guess that curb wasn’t so dry after all.
What is it that they say about first impressions?